Posted by Fr. Bob Knippenberg at 2:09 PM No comments:

Bill Donohue (Catholic League for Religious and Civil Rights) comments on a ruling made by the Supreme Court of Louisiana:
In 2008, a fourteen-year-old girl alleges that she told her parish priest that she was being abused by a now-deceased lay member of their parish. The girl alleges the disclosures came during the Sacrament of Confession. Now her parents are suing the priest, and the Diocese of Baton Rouge, for failing to report the alleged abuse. The State’s Supreme Court has ruled that the priest, Fr. Jeff Bayhi, may be compelled to testify as to whether the Confessions took place, and if so, what the contents of any such Confessions were.
Confession is one of the most sacred rites in the Church. The Sacrament is based on a belief that the seal of the confessional is absolute and inviolable. A priest is never permitted to disclose the contents of any Confession, or even allowed to disclose that an individual did seek the Sacrament. A priest who violates that seal suffers automatic excommunication from the Church.
As a result of this ruling Fr. Bayhi may now have to choose between violating his sacred duty as a priest and being excommunicated from the Church, or refusing to testify and risk going to prison. The Diocese said Fr. Bayhi would not testify.
The First Amendment of the U.S. Constitution protects the free exercise of religion. Just as government cannot compel anyone to follow a particular religion, it likewise cannot prevent anyone from exercising the tenets of  his faith. By deciding that Fr. Bayhi must choose between his faith and his freedom, the Louisiana Supreme Court has endangered the religious liberty of all Americans.
The Catholic League supports Fr. Bayhi and the Diocese of Baton Rouge in their quest for a reversal of this ruling, and a recognition that clergy cannot be forced to violate their faith.
See http://www.catholicleague.org/court-rules-seal-confession/ for more.
Posted by Fr. Bob Knippenberg at 2:06 PM No comments:

Have We Become Too "Soft"?

Have we Catholics become too "soft"?  Here is something for us all to think about as we approach the Year of Faith.

From the UK’s best Catholic weekly, The Catholic Herald, comes this good reflection.  It is on their regular site, but can be found in the print and online digital edition.


The Church should make life harder for Catholics
by Michael Jennings


The Church in England is losing the fight against secularism. With the opponents of the Church gaining the upper hand we have to ask if Catholics are well- trained and strong enough to fight back. We are outnumbered and, at best, considered superstitious and irrelevant – at worst, a danger to society. In such circumstances there needs to be a stiffening of commitment if more and more of us are not to fall victim to the beguiling temptations of the secular world, where comfort and having a good time are necessarily important since there is no other life to look forward to. Perhaps we should employ St Paul as our personal trainer and model ourselves on him. He says he is intent on winning: “That is how I fight, not beating the air. I treat my body hard and make it obey me.” His message: toughen up, take up your cross daily and rejoice in sharing Christ’s sufferings.
Now, while Catholics in other parts of the world are suffering and dying for their faith, we in this country are permitted to abandon things that were easy for things easier still. The Eucharistic fast, for example, once began at midnight, then it was reduced to three hours. Now, in a Mass which goes much beyond the usual time, it would be possible to be munching sandwiches during the penitential act and still not break the fast. Fasting itself seems to be regarded as a gruesome medieval practice best replaced by good works, whereas it is a preparation for doing good works better.


More mollycoddling is in evidence with the recent transferring of various feast days to Sunday. This has saved Catholics a trip to church or otherwise having another thing to own up to in Confession – that’s if they happen to be part of the majority who don’t do Holy Days of Obligation. In my experience, within the confessional penances are mild. Without sending off penitents barefoot to Rome perhaps they should be beefed up just to emphasise that sinning is serious. Surely they should, on occasions, elicit a yelp or two.

And does not the Church go easy on our consciences? We live in society where most of us have a standard of living that is using up most of the world’s resources. It would not be possible for all the world’s inhabitants to enjoy the same facilities and luxuries as we do. Most of us own a car. Their production in such vast numbers is one of the most efficient means yet devised to use up irreplaceable resources and, as another built-in feature, create considerable pollution. You would think sin was lurking somewhere in this state of affairs.


We need to be tough enough to be told that we are sinful without being devastated by the news. No doubt there would be those who would storm off in a huff muttering: “This language is intolerable,” as they did when Christ said that eating his flesh and drinking his blood was the only way to obtain eternal life. He did not seek to assuage the hurt feelings of those heading for the exit by going soft on the message.


Yet another ease-making occurrence is the wholesale use of the vernacular in the Mass, even though this was not envisaged by Vatican II. At one level it made understanding easier but did it at the expense of a unifying language, a language that didn’t need updating every 10 years and which was special to the faith. And this matter of understanding can have insidious adverse consequences. The battle against secularism is not going to be won by hurling facts back at Richard Dawkins. Life is a mystery and perhaps we should dwell more on what we don’t know, rather than being proud of the little we do. After all, we can never know how much we don’t know.


Furthermore, English is our weekday language. It’s the one we use for swearing, arguing and lying. It might be a good idea to have Latin as our Sunday best. Then, when we came home after Mass, we might find those work-a-day words washed and ironed, all ready for the next week.


Another change which occurred after Vatican II was the practice of standing to receive Communion. This made things easier at the expense of profound symbolism – kneeling being a sign denoting weakness, submission and obedience. To quote St Paul again: “It is when I am weak then I am strong.” True, we stand as a sign of respect but standing on your own two feet and standing up for oneself are phrases to do with self-sufficiency. Surely when coming face to face with God, as one does at Communion, kneeling is the better response.


The point being made in all of this is that by removing difficulties the will is weakened and therefore the associated virtues, such as perseverance, bravery, restraint, patience and chastity. These virtues are vital armaments in the battle against secularism. Nowhere is strength of will more needed than in the field of sexual morality. It is not more knowledge so as to be in a position to make “informed choices” that will help. To hold fast to the teachings of the Church in this area it is strength of will which is needed. Restraint, patience and, often, bravery are the weapons to use.


If Catholics can’t go without food for a few hours, or go to church during the week once in a while, or get on their knees to receive Communion, then we are edging towards becoming indistinguishable from those who only have this world and each other to rely on. Christian life is not supposed to be a stroll in the park but the carrying of a cross, the climbing of a mountain. To the outsider, a Catholic’s iron commitment to the Mass, the strength to defer pleasure, the ability to suffer cheerfully and the courage to defend Church teaching are things which impress and are important factors in bringing about conversions.


The kind of dedication exhibited by the Olympic athletes certainly draws many others into that orbit and, as St Paul says: “Athletes exercise self-control in all things; they do it to receive a perishable wreath, but we an imperishable one.” In any case, the things being suggested here hardly amount to having to train day after day while the limbs scream for mercy. I_am not even suggesting the total prohibition of all cakes and ale. Still, as St Paul didn’t say (although he obviously knew it all too well), great journeys start with a single step.
Michael Jennings is a former cartographer and teacher, now retired. He is married with two grown-up children. He became a Catholic in 1980 after dithering for 20 years.

And what could those steps be?  Any one of his suggestions would be a good start.

Posted by Fr. Bob Knippenberg at 9:26 AM No comments:

The New Ark of the Covenant--Fourth Sunday of Advent 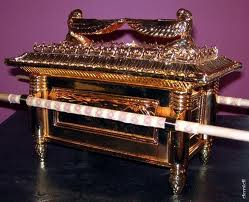 “Unless Yahweh builds the house, in vain do its builders toil over it” (Psalm 127:1). This is an enduring warning to all who aspire to grand projects–whether presidents or peace activists! Its radical wisdom echoes through the familiar annunciation story of the fourth Sunday of Advent: God prepares to rebuild the house of David (Luke 1:32f) by taking up residence in the womb of the homeless woman Mary. 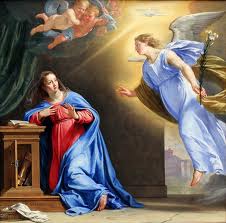 Posted by Fr. Bob Knippenberg at 11:39 AM No comments:

The Collects of Advent--The Journey to Bethlehem Continues 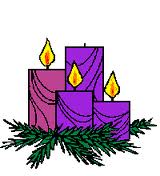 Pour forth, we beseech you, O Lord, your grace into our hearts, that we, to whom the Incarnation of Christ your Son was made known by the message of an Angel, may by his Passion and Cross be brought to the glory of the Resurrection.

O God, who see how your people faithfully await the feast of the Lord's Nativity, enable us, we pray, to attain the joys of so great a salvation and to celebrate them always with solemn worship and glad rejoicing.

Almighty and merciful God, may no earthly undertaking hinder those who set out in haste to meet your Son, but may our learning of heavenly wisdom gain us admittance to his company.

Grant your faithful, we pray, almighty God, the resolve to run forth to meet your Christ with righteous deeds at his coming, so that, gathered at his right hand, they may be worthy to possess the heavenly Kingdom.
Posted by Fr. Bob Knippenberg at 3:36 PM No comments:

What You May Not Know About Vatican II

Posted by Fr. Bob Knippenberg at 3:17 PM No comments: 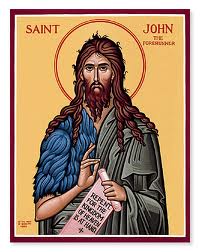 A truly wonderful and thought-provoking article by Deacon Kenneth Fournier at Catholic Online.
Posted by Fr. Bob Knippenberg at 2:53 PM No comments: 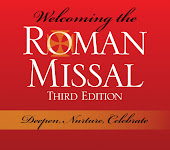